On This Earth pairs the mixed media collages of Sarah Hearn with Genevieve Flynn’s copper and silver sculptures. The work in this show has its basis in life forms that are complex and varied, surviving in the most unlikely of places.  Often the original form has been enlarged so that all the intricacies of the organism may be examined. In doing so the artists point to what is known, but not readily seen. Even the show itself was semi-hidden, situated in a back room of the gallery that doubles as storage for Weiner’s inventory of paintings.

Hearn assembles fictional colonies of lichen from her extensive catalogue of photographic images, cutting and collaging, often adding drawn or painted embellishments.  The collages in this show are encased in domed oval frames, stripped of their substrate and mounted on a black background like specimens in a petri dish. Their presentation is reminiscent of Victorian-era “parlor microscopy,” a popular pastime where viewers observed microscopic wonders mounted on specially prepared slides.  Hearn’s exquisite, jewel-toned compositions lend a view of a mysterious world that is hiding in plain sight.

Flynn’s hybridized adaptations of otherworldly species also intertwine the organic and the imaginary, fashioned using metalsmithing techniques honed over her 30-plus year career. A repousse vessel comes to life as water fowl; leafy vines snake around a pair of teapots, and fictional protists appear to have been plucked from the depths of the ocean to inhabit the pedestals.  A large silver diatom undulates in an invisible current above copper radiolarians, which feature moving parts painstakingly crafted from wire and screws. Everywhere there is evidence of a thoughtful process. Elegant and refined, Flynn’s sculptures are invested with a delicacy that belies the nature of their materiality.

Hearn’s work with lichen is part of a larger artistic practice that encompasses all of earth’s environment, “above, below, and in-between.”  Uncovering unseen or ignored aspects of the natural world drives her passion for discovery. A self-described “citizen scientist,” she says she enjoys being the person who points out what others don’t pay attention to.

Similarly, Flynn’s work is informed by a deep curiosity about nature and organic forms.  After poring over images of aquatic species documented in biologist Ernst Haeckel’s 1904 publication Kunstformen der Natur (Art Forms of Nature), she began to experiment with different variations on the exotic types represented there.  The resulting amalgams are playful and strange, straying into the realm of science fiction.

Exploring links between art and scientific illustration, these works offer a thoughtful reinterpretation of some of the most fascinating beings found in nature. These artists invite us to peer into their worlds, and contemplate our own relationship with the earth. 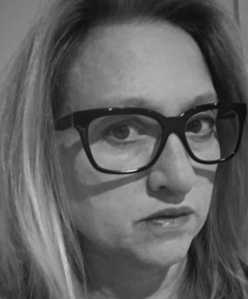 C.J. Charbonneau is an independent curator and writer, and director of the KC Women in the Arts networking group.  A native of Missouri, Charbonneau recently completed a Master’s degree in Art History from the University of Missouri-Kansas City. She lives and works in Kansas City, along with her family and two incorrigible dogs.

View all posts by polychromeart